The Commission says it will be working with charities to promote fraud prevention and help them develop anti-fraud cultures.

It highlights that insider fraud can have a damaging impact on a charity’s reputation and the morale of other staff and volunteers, and can also dent donors’ and beneficiaries’ confidence in the charity and its work.

It is seeking views from anyone who is or has been involved in a charity that experienced insider fraud about how the fraud came to light, whether any signals were missed, and whether or not the fraud was reported at the time. The Commission is also interested in cases where a charity prevented insider fraud by counter fraud actions, and good practice or advice it could share with other charities.

In addition, the Commission says it wants to hear from those who have knowledge and experience of investigating fraud, or implementing fraud prevention in charities. This includes professional advisers, professional membership bodies, and charity insurers.

There are two online surveys, one for each category of response, to be completed by 8 December.

Respondents are asked to provide their name and full contact details if possible, but the Commission will accept anonymous submissions too.

The Commission says it is not collecting or recording information about individual charities through the survey for regulatory compliance purposes. However, if it has concerns about what a respondent has to say, it will request they submit a whistleblowing or serious incident report.

The Commission’s report on the survey findings will be published on its website and will summarise the themes and common issues, and share good examples of counter fraud and detection practices, but will not include individual responses or names, unless the respondent has specifically stated they are happy to be named or quoted. 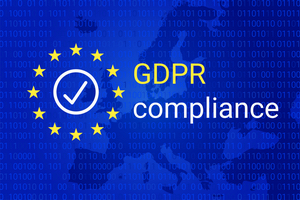